Strengthening the Role of Cross-sectoral Collaboration The objective of this meeting was to review cross-sectoral planning experiences in health and sustainable development at global, regional, national, and local levels. Specifically, the meeting aimed to: Elaborate on mechanisms and approaches to cross-sectoral collaboration that have been employed; Assess the involvement of key sectors outside of health; Review the nature of multi-stakeholder collaboration; Report on the use of planning tools such as indicators and health impact assessment methodologies.

Participants came from all regions and included practitioners, academics, researchers, and representatives of various international organizations. The meeting was conducted as a series of plenary sessions and small working groups to maximize the knowledge and information shared, as well as the opportunities for exchange and dialogue.

Planning the Health Agenda for the World Summit on Sustainable Development The objective of the meeting was to help identify the key policy issues and action strategies for health in relation to sustainable development.

The meeting brought together participants from all regions, representing a wide range of sectors in government, academia and research, non-governmental organisations, the private sector, as well as partners in the United Nations system. The meeting was organised around a series of panel discussions in plenary, as well as small working groups in thematic areas which included: Poverty and vulnerability; Globalisation, trade, and the global economy; Environmental degradation, resource depletion, unhealthy lifestyles; Intersectoral action for health and sustainable development.

During the meeting of senior officials, a background paper and a paper outlining ideas for inclusion in a declaration on health and sustainable development were considered. The deliberations were informed by the following presentations: Key Issues and Action Strategies.

Panellists discussed topics such as poverty and equity, nutrition, consumption patterns, and the health threats and benefits of globalization. Panellists also reported on the outcomes of two meetings: Update on the Implementation Conference: Stakeholder Action for Our Common Future During the update on the Implementation Conference—which will take place August in Johannesburg—the need for WSSD to address the links between health, environment and poverty alleviation was highlighted.

General Assembly documents, for example, are assigned the unique symbol ‘A’, and are further identified by session and document number. The World Atlas of Biodiversity is an updated edition of Global Biodiversity: Status of the Earth's Living Resources, originally published in and reissued in as Global Biodiversity: Earth's living resources in the 21st Century.

Having met in Johannesburg, South Africa, from 26 August to 4 September ,. 1. Adopts the Johannesburg Declaration on Sustainable Development, which is annexed to the present resolution;. 2. Recommends to the General Assembly that it endorse the Johannesburg Declaration on Sustainable. Janice Abbott has been the CEO of Atira Women's Resource Society since and is the CEO of the Atira Group of companies, which now includes Atira Property Management Inc., Atira Development Society, Atira Women’s Arts Society and The Painter Sisters.

This view has been expressed as an illustration using three overlapping ellipses indicating that the three pillars of sustainability are not mutually exclusive and can be mutually reinforcing. 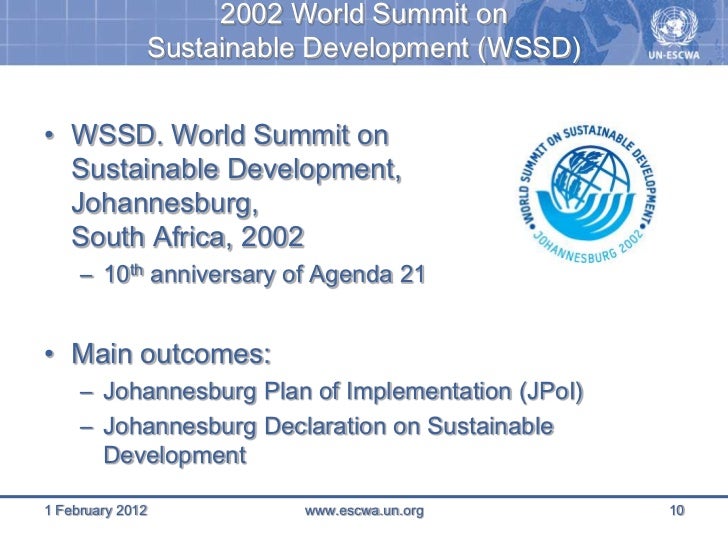